First catch report of the season and 63 big carp to 56lb, what a haul : 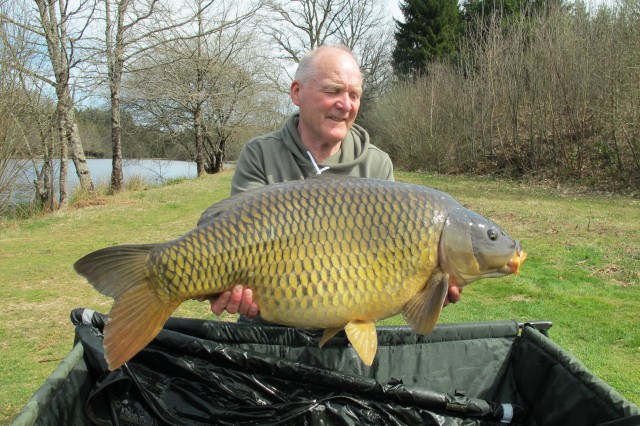 That is what I should have been writing today as that was the headline for the catch report this time last year, unfortunately, that is not the case as I am sure you were expecting.

Geoff and Maddie were supposed to be on the lake this week and I feel for them, particularly as Maddie had been secretly planning this holiday for 2 years, she presented it to Geoff as a surprise gift for his 70th birthday this February, she did an amazing job of keeping it as a surprise but the plan was scuppered due to COVID-19.

To rub salt in to the wound I must report that the weather has been perfect and the big carp have been boshing out all over the lake, it just had the makings of being a perfect session.

A part from Monday that is, the weather has been mild, sunny, dry, not too windy, but on Monday morning we woke to this : 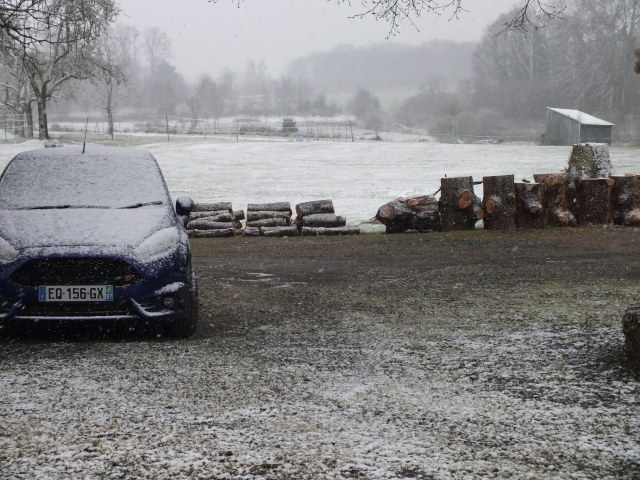 Not sure where that came from !!  It was actually very pretty, and I must say very rare, but it was short lived and by lunch time it was all but gone, when I took The Boys for their lunchtime stroll the sun was shining again and the big carp were doing their impersonation of dolphins.

Having no anglers on the lake and with Helen and I being virtually prisoners in our own house we have found ourselves with plenty of time on our hands, as a consequence the place is looking tidier than it normally does.  I know you won’t believe that it could look better than normal but it truly does.

Even the horses are being asked to pull their weight and if we are locked-down then they are locked-down, and when needs-must it is;  all-hands-to-the-pump, or in their case; all-hooves-on-deck.

We have had to force them to do some terrible jobs around the place such as cutting the grass in my apple orchard : 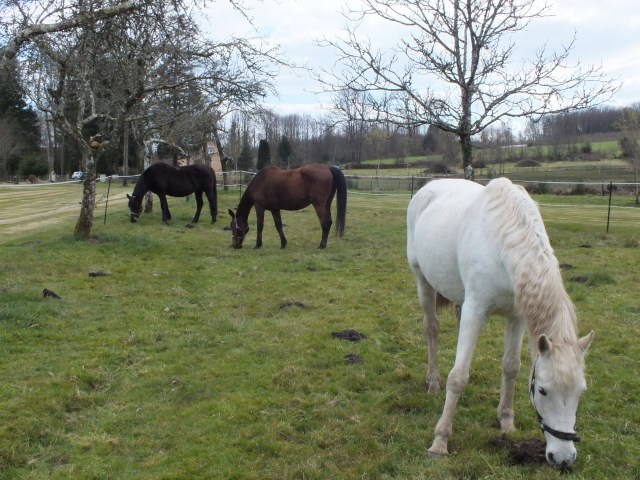 As you can see they are objecting strongly but working well under pressure !!

There is no good news on the situation regarding the restrictions in France other than they are being taken very seriously and punishment for contravention is instant and severe.  Currently we are under restriction until the 15th of April but that will almost certainly be extended.

The background mumblings of slowly lifting restrictions and getting the economy of the nation going again are starting to take hold but it will no doubt be a slow and painful process.

Geoff and Maddie are booked on again in October so hopefully they will still get a session in this season : 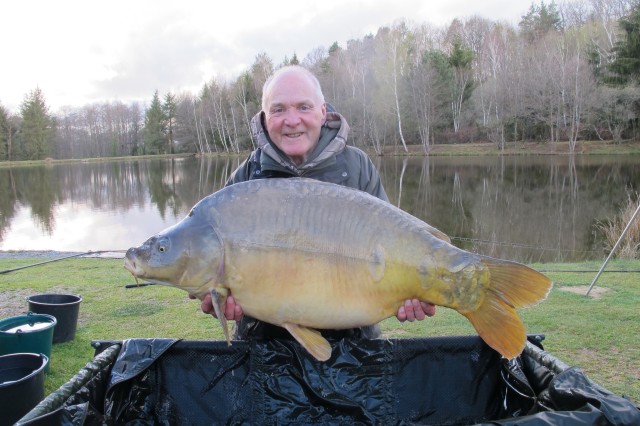 Be lucky everyone, and be safe.